Hair really out of control in the lock-down, and ended up looking like a shaggy dog pulled through a hedge backwards !! Not my first clipper choice, but bought the Braun HC-5010 (as it was available) in the hope of tidying up the mess. Watched a number of vids first to learn the approximate technique. Did not want to give myself an overall clip as I wanted to leave plenty on top (to disguise my thinning!). Very nervous at first. Shouldn't have been. Set the Braun at 18mm and did the back and sides with a scooping action two thirds up my head. Then reduced to 15mm and then to 9mm (equivalent to a No.3) about one third up my head. Used scissors on the bit remaining on top to tidy it up. Managed to get it all tapered in and looking semi-professional largely thanks to the Braun and no inherent skill from myself. On the negative side, the built-in variable length comb clogs up frequently (especially because of the amount of hair I had), and the battery at about 40 minutes use is struggling to clip with any vigour. Other than that, a great buy, and certainly was simple enough for a first timer like myself to produce reasonable results.

3 Haircuts in a day nearly paid for itself. Guide works well enough upto a no 5. All in all a good product. Product arrived swiftly.

You may be interested in other similarly priced Hair Clipper 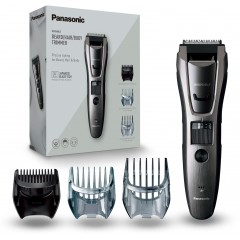 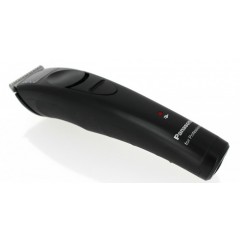